My wife and I have studied separately with Kazuo-san for eight months in preparation for our relocation to Tokyo.
His lessons are fast paced and demanding but never too demanding. The lessons are tailored to suit the individual student.
My wife is a linguist and takes to languages easily.
On the other hand, learning languages has never been easy for me. Teaching Japanese to someone like me requires different skills than teaching Japanese to a skilled linguist such as my wife. 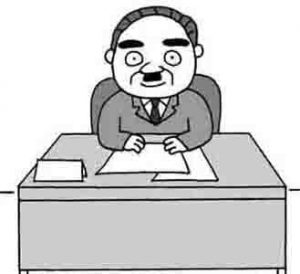 Kazuo-san has handled both tasks extremely well, thereby demonstrating a remarkable range of teaching skills.
My ability, after only a few months with Kazuo-san, to read and write Japanese (in both hiragana and kanji) and to understand and speak it, far surpasses my initial expectations.
He has also provided a strong foundation in Japanese grammar that I am sure will prove to be a good basis for my future studies when I arrive in Tokyo.
To my vast surprise, I have greatly enjoyed my lessons with Kazuo-san.
He has set a difficult, if not impossible, standard for my future teachers to meet.
Kazuo-san is a remarkable teacher. I recommend him to any student without hesitation.

“I have been taking lessons from Udagawa sensei for around 7 years now, 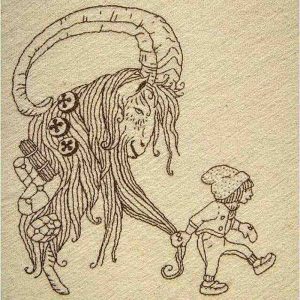 and even within the first couple of years both I, and my Japanese friends/family, could see a noticeable improvement in my communication ability.Having never been a very strong language learner in general I find Udagawa sensei’s lessons fun, interesting and challenging but not gruelling – as he is able to adapt the lessons to suit my level, learning style and the types of situation in which I might need to use Japanese in daily life. As well as language tuition we are able to discuss culture and customs, and everything I need to know to have the confidence to communicate effectively in a Japanese environment.”

Kazuo San is a wonderful teacher
We , that is my wife and I had 20 lessons each of 1 and half hours ( weekly), often with and interrupted by our baby ,prior to moving to Japan in the summer
Kazuo Sensai concentrated on conversational Japanese and the vocabulary needed to get around, shop etc. All immensely helpful and practical. 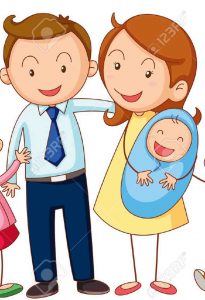 He prepares each lesson with combinations of visual lessons on his laptop, videos and written examples of possible conversations. He spend time on counting, directions and the like.
Also brought in are verb conjugations and some grammar.
We would recommend Kazuo San highly.
My /Our only regret is not putting enough effort into revision and homework between lessons.
John Watson

I am now married to a Japanese girl and need to learn some basic conversational Japanese so I can communicate with her family. We now live in London and I have very busy schedule so I need to fit in lessons around this. 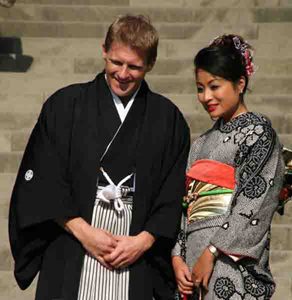 Although I am committed to doing this, I have to say that languages were my worst subject at school, with French and Latin being the first subjects I dropped when I could.

I need help to remember the words/pronunciation as I have difficulty fixing words into my brain. I was looking to you to see if you could help me??

Am pleased I can move to Tokyo with at least some communication and hope being more immersed my learning will progress. I am not sure how long this transfer will be for, so dont be surprised in a year or two I will be back in touch.
Thanks again

I started studying Japanese in January 2010 as a hobby. I had no previous knowledge of the language, had never been to Japahad no idea about the culture, nor knew any Japanese national. I chose Udagawa Sensei because he was described as demanding by other students on his website, and all student reviews of his teaching were detailed and compelling.

After 10 months of studying, I knew enough Japanese to obtain an ‘A’ in the first level of the Japanese Language Proficiency Test (N5).
Thanks to Udagawa Sensei’s rigorous teaching methods, not only can I read and write hiragana, katakana and c.150 Kanjis fluently, but I have also mastered basic grammar and c.800 words of vocabulary. In addition, Sensei’s lessons are entirely in Japanese, which was difficult at first but hugely helpful for listening and speaking practice.

I now understand most of a basic conversation and can speak about simple matters with Japanese nationals.

This is also greatly helped by Shimbokukai, which are dinners regularly organised by Sensei.

They take place in a Japanese restaurant, and students and Japanese nationals invited by Sensei have a conversation in Japanese, which becomes easier with Sapporo beer, as the evening goes by.

Udagawa Sensei will spare no effort to keep his intense 2-hour lessons both structured and varied. This includes watching DVDs, accent practice, grammar and vocabulary practice, short insights on aspects on the Japanese culture, short story reading, etc. I now continue my lessons with Udagawa Sensei with great enjoyment and am slowly progressing towards the far away dream of speaking pera pera Japanese.

I studied with Udagawa-sensei for a little over a year, and my progress in widening my Japanese knowledge has been palpable.
As I had already passed the JLPT Level 1 prior to beginning lessons, there were some reservations as to whether we would have a focus or goal to strive to.
However, the dedication and enthusiasm that Udagawa-sensei showed in his lesson planning meant that I was able to enjoy engaging and challenging lessons over the year.

The focus of my Japanese lessons was to grasp a wider vocabulary, particularly in the areas of economics, politics and business.
Another great aspect of his lessons is his flexibility to the student’s requirements and requests – as he knew I particularly enjoyed learning through visual aids, he always brought a variety of interesting video clips, such as news clips, documentaries, and Japanese business dramas.
The vocabulary we encountered in these clips, he made sure to note down and email to me, which has been most helpful for me to study from.

I would not hesitate to recommend Udagawa-sensei to anyone who is serious about studying Japanese.
If you enjoy learning and are prepared to study, then I am sure that you will get the most out the lessons and see your Japanese improve very swiftly!

Having obtained a place on the JET programme in 2011, I was in a position where I needed to improve my Japanese rapidly before departure to a level where I could communicate on a basic level with native speakers. Kazuo’s combination of rigorous speaking practice, where I had to think on my feet in Japanese, combined with his excellent use of authentic material and interactive computer programs, have meant that I have grown in confidence, and his cultural knowledge has helped me to adapt my expectations for when I move abroad.

I studied with Udagawa sensei for almost two years and during that time he proved himself to be a resourceful and committed teacher.
Initially we studied for the Japanese Language Proficiency Test Level 3 which I passed first time with a 70% pass rate.
I remember one of my early reservations of studying with Udagawa sensei was his suggestion of taking a 90 minute lesson as I thought I would tire and the latter part of the lesson wouldn’t be as useful.

However, due to the focus that Udagawa sensei had for each lesson and his consistent striving to help you improve, I found that 90 minutes went by very quickly and I always came out of a lesson feeling a sense of achievement.
Outside of our lessons I found Udagawa sensei to be enthusiast and very supportive of study groups I started, socialising with natives and joining others’ conversation groups.
We would regularly discuss the usefulness of such ‘outside studies’ (and other learning resources) often with a view of encouraging others to participate in worthwhile activities.

I would recommend Udagawa sensei to anyone who is serious about studying Japanese.
His strict teaching style encourages rapid improvement and his setting of achievable targets instils confidence and motivation.

About one month before travelling to Japan, I began a frantic search for an intensive language course in London.
While this essentially proved fruitless, I had the good fortune to stumble across Udagawa san’s great website!
Within days we had agreed arrangements for a crash-course on basic conversational Japanese, scheduled as I had requested, for one lesson per workday until my departure. 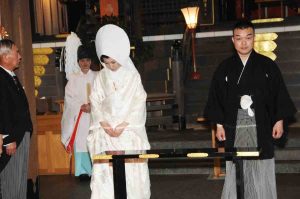 Apart from the intensity of the lesson-schedule, what made the program most effective was Udagawa san’s genuine concern that the topics we covered were closely matched to my needs.
During each lesson he would ask if I had any questions, and I would respond with any areas which I wanted to concentrate more on, or general Q&A to provide cultural perspectives which augment the learning process.
Having been a TEFL teacher myself, I was a little nervous about the prospect of learning in a one-on-one environment since this can sometimes be a draining experience!
But although I confess my concentration was sometimes challenged by the intensity of the study, I was always rewarded after every lesson by the significant speed of our progress.
Ultimately the reason for me studying Japanese was in order to ask my girlfriend’s father, for his approval of our engagement.
When the day finally came to meet her parents, Udagawa san’s thorough instruction paid off.
Her parents were suitably impressed by my spoken Japanese, to the shock and delight of my girlfriend who had no idea I had been studying.
They were all startled that I had learned what I did in only one month, and I’m certain that all this went in my favour because I am now engaged to the woman of my dreams!
Arigato, Udagawa sensei!

I studied with with Udagawa-sensei for a year and a half.
I found his approach to teaching Japanese a thoroughly enjoyable experience. After the initial shock of the Japanese-only-method, I began to fully appreciate his teaching style as I left each lesson satisfied in my growing ability to understand Japanese.
Each lesson left me ready for the next as my fascination grew for how the language worked. I especially enjoyed the insights Udagawa-sensei would provide into grammatical points as he attempts to prepare you for the enormous difference between textbook Japanese and everyday spoken Japanese.
My only regret was that I wasn’t able to dedicate even more time to studying Japanese with Udagawa-sensei!!
I would whole-heartedly recommend Udagawa-sensei to anyone considering studying Japanese.