Home › Free resources › What is Keigo?

Keigo is a set of Japanese that is employed to express a relationship between people involved in communication.

These people can be speakers, the listeners/audience and the people/person
who are being discussed between communicators.

For example, you would like to talk to your classmates or business colleagues in a very friendly manner. 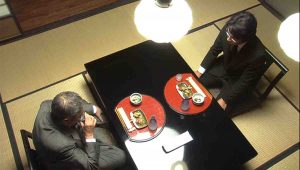 Alternatively your relationship with your lovely children/spouse should be reflected
in the intimate language.

On the other hand, suppose you are a film director.
You would like to shoot a scene where a yakuza boss has become furious
because his juniors failed to raise financial resources.
Then, you let this boss to talk down to his juniors in a very harsh language
by belittling them. This boss can be very arrogant by asserting
that he is the undisputed king of the underworld
with a strong connection to a corrupted police force.

In Japan, when Japanese businessmen communicate with their boss(es)
in their offices, they are supposed to express their respect
toward their bosses because of their superior business expertise. 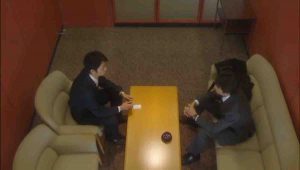 This awareness makes these businessmen select a particular set of vocabulary/phrases
that they hardly ever employ on other occasions.
As the examples above demonstrate, language can be used in lots of ways
to show our attitudes to others.

In this brief summary, Keigo is discussed in the narrow sense
with a particular emphasis on its use in business scenes.

Keigo, known as the Super-Polite form, is one of the most advanced constructions in Japanese.
Those who have been studying the language for a while quite often say that they are happy with almost everything, apart
from Keigo.

This is partly because this construction is not only to do with grammar but also a lot to do with
cultural aspects of Japanese society.

Therefore, some young Japanese people who do not conform to traditional Japanese culture may face
some problems with Keigo even when they were born and brought up in Japan.